Kai Bird is the author of The Good Spy: The Life and Death of Robert Ames, a brilliant biography of “one of the most important operatives in CIA history”. When the war was cold and the PLO a hot devil, “Bob” managed to establish a singular friendship with Ali Hassan Salameh, the allegedly political heir of Yasser Arafat. Had Ames lived, according to the Pulitzer Prize-winning historian, “he might have helped heal the rift between Arabs and the West”. Salameh and Ames were both killed in Beirut: one by the Mossad and the other by the Hezbollah. (Read More…)

CIA operative Robert Ames is the protagonist of another biography by historian Kai Bird
© bbcimg.co.uk

Co-author with Martin J. Sherwin of the Pulitzer Prize-winning biography, American Prometheus: The Triumph and Tragedy of J. Robert Oppenheimer (2005), which also won the National Book Critics Circle Award for Biography and the Duff Cooper Prize for History in London.

Kai Bird also wrote The Chairman: John J. McCloy, the Making of the American Establishment (1992) and The Color of Truth: McGeorge Bundy & William Bundy, Brothers in Arms (1998). He is also co-editor with Lawrence Lifschultz of Hiroshima’s Shadow: Writings on the Denial of History and the Smithsonian Controversy (1998).

The reviews of The Good Spy have been invariably of praise. In his website, Bird calls our attention to the one by Seymour Hersh, Pulitzer Prize-winning author of The Price of Power, The Dark Side of Camelot, and Chain of Command, who said:

-“Kai Bird has produced a compelling and complex narrative that must be read on many levels – including as a detailed account of the immense influence that a truly good man can have on an agency as cynical as the CIA, and as a reminder of a myriad of losses. Robert Ames did not live long enough to get what he most desperately wanted -a real peace in the Middle East. And America’s intelligence agencies no longer seem as welcoming to agents with the wisdom, vision and integrity that Ames exemplified.”

Kai Bird gave me this email interview for a longer article published in the Portuguese newspaper EXPRESSO, for which he was a correspondent in Washington D.C.,  reporting in the mid-1980s.

A new war in the Middle East is looming on the horizon. How do you think Robert Ames would act in face of the Islamic State’s threat to the region and to the rest of the word?

Robert Ames was a good spy because he knew how to listen to people. We cannot know what he would have thought of the current crisis. But I would like to think that he would have been highly skeptical of all those “experts” in America today who are urging a reluctant, cautionary President [Barack] Obama to intervene militarily.

Ames knew enough to understand that the Middle East is a complicated crossroads of religious and tribal politics. And I rather think that this knowledge would have persuaded him that America should avoid yet another war in the Middle East.

Ali Hassan Salameh (center), with Yasser Arafat (right) who designated him head of the Force 17 of the PLO, was known as “the red prince”. A friend of CIA operative Robert Ames, he was killed by the Mossad in Beirut
© alchetron.com

You argue that Ames’s work paved the way to the 1993 Oslo Accords and that, had he lived, he might have “helped heal the rift between the Arabs and the West” (thanks to his friendship with the “red prince” Ali Hassan Salameh, chief of Force 17, intelligence unit of the PLO, killed by the Mossad in Beirut). How could that be possible if it remains “an unchangeable and indisputable fact” what Ames acknowledged during his CIA’s tenure: “I guess if the Israelis lead us right into WWIII, we [Americans] still won’t put pressure on them”?

I argue in The Good Spy that Ames’s clandestine diplomacy with the PLO planted the seeds for Palestinians and Israelis to begin talking about a two-state political compromise to this conflict. But it is also true that Ames was highly frustrated by his growing realization that U.S. foreign policy in the Middle East was not even-handed.

Iran is pointed as the architect of the attack that killed the “good spy”, but Iran is now, apparently, coordinating with the US a military campaign against this so-called “Islamic Army”. As a historian, how do you assess the tangle of new and old alliances in the Middle East post-Ames?

One of my own frustrations as a historian is to realize that very few people learn from history. So we Americans seem unable to learn that our countless interventions in the Middle East have invariably exacerbated things. The 2003 Iraq war is only the most egregious example of this kind of ‘blow-back’.

Yes, things are now a bloody mess. And no doubt there will be more wanton violence. But I am certain that the religious fundamentalism and despicable violence branded by ISIS is a momentary phenomenon. ISIS is only filling a political vacuum—and it will be defeated by its own numerous and quite indigenous enemies.

During your research project which were the “secrets” that dazzled you most? And how different would your book be if you could have had access to information still classified by the agency?

I would like to think that The Good Spy shows my readers what it is really like to be a spy. It demystifies the profession. My other books have been critical of the CIA. But I learned from Robert Ames’s life that sometimes a CIA clandestine officer can go where a normal diplomat is barred.

He can talk to ‘bad guys’ with guns—and try to understand what motivates them to take up the gun. A good spy can learn about human motivation and intentions. And that is an invaluable piece of intelligence. My biography of Ames could have been enriched if the CIA had agreed to declassify some of Ames’s memorandums and cables. But they refused my requests. 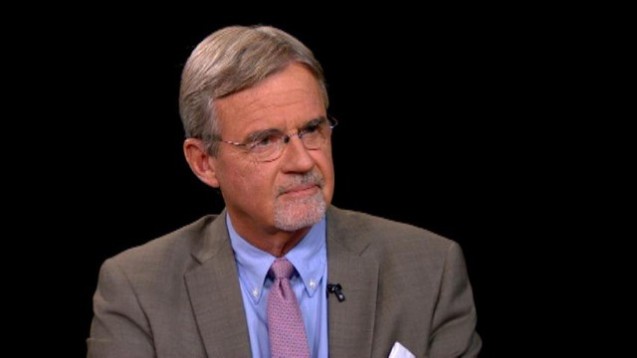 Kai Bird, the author of The Good Spy
© All Rights Reserved

Parts of this interview were included in an article published in the Portuguese newspaper EXPRESSO, on September 27, 2014