The House of Resistance in Tunis has been a home for orphan Palestinian children, victims of the several Lebanon wars. It was here that we met Jamal Ibrahim. (Read more…) 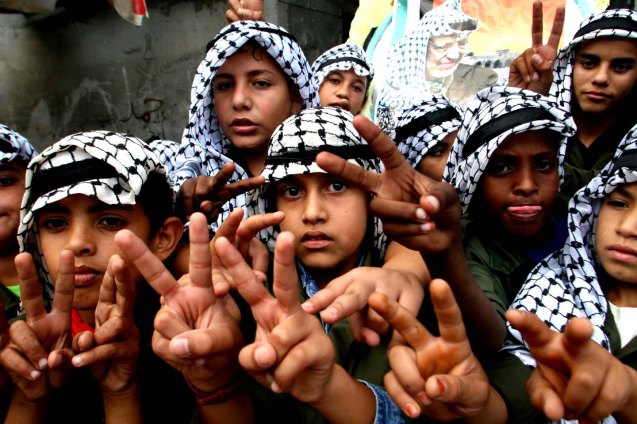 He is six-years-old but Jamal Ibrahim seems to be only half his real age. His face is haggard. His eyes are sad. His slender frame is slightly deformed. He lost his parents in Beirut during an attack on a refugee camp where they were living. When he grows up he wants to be a soldier.

Jamal is one of 52 adopted children of Yasser Arafat who live in Beit Somoud (House of Resistance) in Tunis. It is a home for Palestinians sons and daughters who became orphans as a result of the several Lebanon wars.

Incredible as it may seem, the orphanage’s director says that Abu Ammar (nom de guerre of Arafat) visits the children every week to give them “affection and love”.

It is not the picture of the PLO, though, that covers the walls of the bedrooms in the House of Resistance. Instead, there are pages from magazines showing the faces of American actors Tom Cruise, Julia Roberts and Rob Lowe, and Sabrina, an Italian singer.

One young man plastered his room with posters of Egyptian ballad singers, another fixed framed photographs of his sweetheart in a visible place. A third one has chosen to hang up a large picture of his father killed in action.

Those in charge of the orphanage admit that many of these young people and children are affected by the war that haunts their nightmares. The movie stars and top musicians may turn their dreams more pleasant.

On the bed boards of the bunks, the latest radios and recorders pour out both rock and rap at full blast. At the bottom of the bed, high-quality tennis rackets are carefully aligned next to several knapsacks. 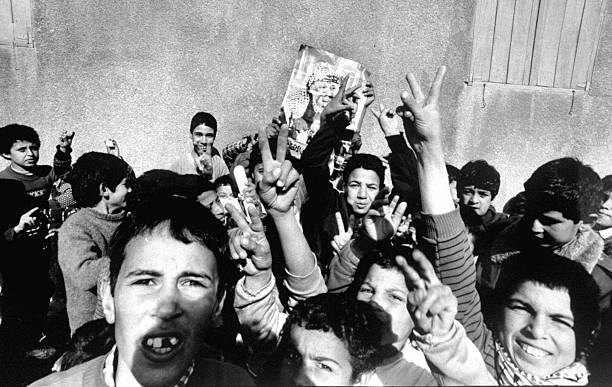 The tidiness of the rooms suggests that everything was prepared for the visit of a group of European journalists (I was one of them) invited by the United Nations.

From the ground and first floors, the building is a mixture of home and boarding school. The living room with its television set and sofas; the bedrooms with their flowering coverlets for the girls and a more austere pattern for the boys; a clinic and a playground.

It all began in 1976, after the destruction of the Tel al-Zaatar refugee camp, in the eastern sector of Beirut. Between 50,000 to 60,000 people lived there. The Lebanese civil war had entered its second year. Christian militias, supported by Damascus troops, had laid siege to the for 7 months. When the camp fell, the Palestinian victims numbered almost 3,000, mostly civilians.

In order to shelter the children without parents, the PLO leaders decided to establish the Home of Resistence for the “orphans of the martyrs”.

In 1982, after the Israeli invasion and a massacre of hundreds of Palestinians in Sabra and Shatila camps of West Beirut, the institution with its 450 children was transferred to Syria, where it continues to operate [in 1991].

“On August 13, 1976 after 7 months of unrelenting siege, the defenders of Tel al-Zaatar surrendered as the first Red Cross vehicles approached the camp with the permission of the rightist militia that, supported by Syria, was responsible for the siege. The refugees believed that a final agreement between the Arab League and the International Red Cross to evacuate the camp had been reached. As they began to leave their shelters, the betrayal was evident: behind the Red Cross vehicles were militiamen. They overran the camp, unleashing a bloody massacre. Every Palestinian male between the ages of 14 and 40 were deliberately gunned down. Before the camp was totally overwhelmed by the attackers, thousands of inhabitants were forced to flee (as those in the photo). Almost 3,000 people were killed”
© Our Roots are still alive

Also in 1982, the Tunisian authorities decided to tae in some of these orphans. They donated a building in Tunis for that purpose.

The PLO and the Tunisian Government jointly finance the orphanage. There are here 52 youngsters, ranging from 6 to 18-years-old; and there is a “mother” for each group of seven, generally a nurse who looks after them until they leave. It is here that they eat, sleep and live.

The boys and girls attend the PLO-owned Al-Quds’ (Jerusalem) school. After finishing their studies they go to work at several units linked to the Palestinian center.

When they grow old enough to marry, most of them usually choose their companions of misfortune, thus perpetuating the Palestinian heritage.

Some 20 persons, including employees, female nurses, doctors and psychologists, constitute the youngsters’ family at Beit Somoud. “We try to lessen their feeling of having lost their country”, said the orphanage’s head nurse.

“Someday we will return to Palestine – people will not be an obstacle”, chanted a 16-years-old girl saying goodbye to the journalists. 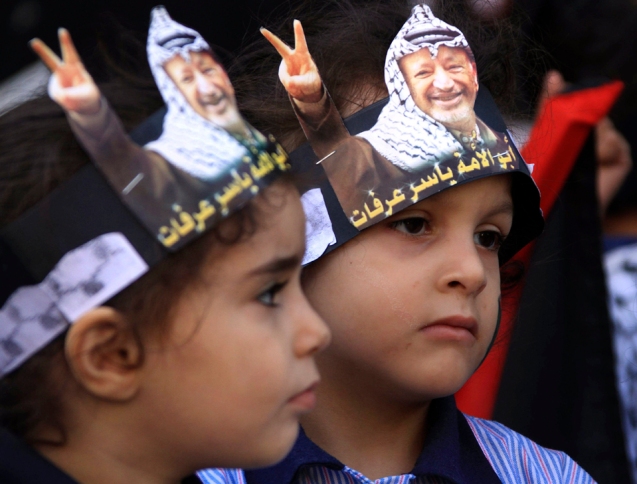 This article, now revised and updated, was originally published in the Portuguese newspaper PÚBLICO (November 5, 1991) and in a UN special edition called “Peace in the News”