A consummate and perfectly self-contained actor and the subject of newly selected audiences, Yasser Arafat received a group of journalists in Tunis (October 30, 1991). He accused Yitzhak Shamir of repeating ideas but, for two hours, he showed that he did not renew his own speech either. (Read more…) 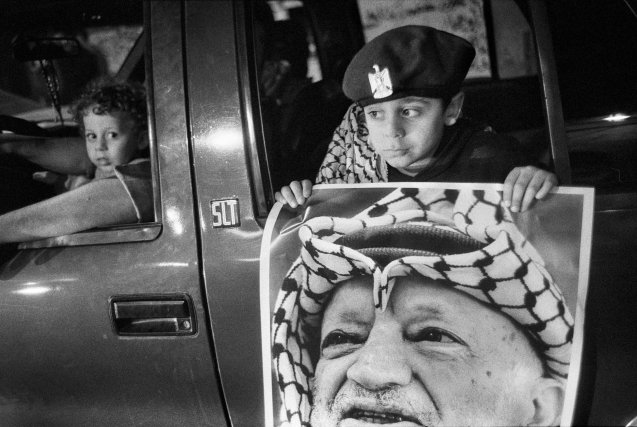 Yasser Arafat’s loud question, “Are you against the resolutions of the United Nations?”, echoed through the small and crowded room when I asked him what kind of independent State he sought for the Palestinians?

In a constantly changing world, with new concepts of borders and sovereignty, what is the definition of an independent Palestinian State? How is the PLO leader going to link the West Bank and the Gaza Strip in the future?

In replying to these questions, that I raise on a Thursday night [October 30, 1991], in the course of an interview with journalists, in  Tunis, sponsored by the United Nations, Arafat did not hesitate but neither was he conclusive: “In accordance with the UN maps! I am not asking for the moon, only for the UN Resolutions to be implemented. And, according to the resolutions formulated by the UN, there is a link between the West Bank and Gaza.”

We asked about this link passing through the territory of Israel. “In accordance with what was agreed by the United Nations,” he curtly replied. Pointing his finger and with an enigmatic expression in his eyes, he then asks me: “Are you against the UN Resolutions?”

With extraordinary aplomb, Arafat manages to set the pace of conversation as it suits him. He is an actor, familiar with the stage on which he makes his case.

He only needs to captivate the audience. His English often misleads him and occasionally he has to resort to his assistants in order to fin a better term corresponding to the Arabic equivalent.

“Israel’s birth certificate is Resolution 181 and you, in Europe, in America, throughout the world, from Stalin to Truman, recognized Israel in accordance with Resolution 181”, Arafat recalled in a bitter tone.

“But Israel’s birth certificate is for two States, not one State: the Arab State of Palestine and the Jewish State, subsequently designated as Israel. And what are the results?, Arafat asks in exasperation. “We lost our homeland: we do not even have identity cards.”

Then, crossing his arms on the table and with a cold and threatening gaze he murmurs: “You do not know what it means to be a refugee, without an identity card. We do not even have cemeteries. The Palestinian is a problem for birth to death. I for one do not know where I will be buried *

“When an Israeli air attack [‘Operation Wooden Leg’, on October 1, 1985, after the Lebanon invasion forced into exile almost 8,000 fighters], was carried out against the PLO headquarters in Tunis where 104 people were killed, 47 of them Palestinians some bodies waited for a week to be buried.”

“Their families beseeched me to bury them over there in Palestine, but to no avail. I then asked my brother, President Ben Ali, to enable me to bury them here in Tunisia. Did you know this?”

In an intimate paternalistic tone, he continued: “I will tell you a story. Perhaps you did not know it, but one of the official representatives of the United Nations in Kuwait was a Palestinian.”

“When he died, his wife got in touch with me and asked ‘Where are going to bury him?’ Believe me, it took precisely five days to find a place. It was along the Green Line separating East and West Beirut where he was laid.”

Being a master in the art of manipulative – a skill which has enabled him over the years to keep together the various and even the belligerent factions of the PLO – Arafat always twists the situation to suit himself and did not give a clear reply to our questions.

After emphasizing the tragedy of the Palestinians once again, he suddenly switches from a victim to an accuser: “You in the West agreed to the solution of two states and now… [you say] no to the PLO, no to the Palestinian State, no to self-determination for the Palestinian people. Can you imagine our tragedy?”

In a mixture of anger and irony, Arafat declares: “Every people has a right to self-determination, including the 1,400 inhabitants of the Falkland Islands, but we – more than 6 million of us – do not have a right to self-determination. The Baltic States achieved their independence. All three [Estonia, Lithuania and Latvia] have less than 6 million inhabitants.”

The reply to my questions was perhaps the longest part of this meeting with the correspondents, to which Arafat agreed with a certain goodwill, as his companions acknowledged, because the event was an assignment sponsored by the United Nations.

Now that he is back on the stage, having being forced to cross the desert during the Gulf crisis, which he calls “the Third World War”, Arafat can indulge in the luxury of selecting his listeners again.

The non-stop pace of his life, travelling through the world by night and day, reflected in his appearance: the face is older, the body is leaner and, in the course of our conversation, he had even to take a pill to alleviate his pains, probably the result of nervous tension.

He received the journalists on the same day as the Jordanian-Palestinian and Israeli delegations were discussing in Madrid. It was a day of great emotion.

When an editor of the London The Guardian inquired about his reaction to Yitzhak Shamir’s speech, Arafat described the Israeli prime minister [who went Madrid, under pressure from the American secretary of State James Baker – the US threatened to freeze financial aid -, but refused to open a dialogue with the PLO] as prisoner of his own antiquated ideas and clichés. But during the two-hour interview with the journalists, Arafat was also unable to refurbish his statements.

The Palestinian leader also repeated old clichés although he was obviously aware of the dangers that could arise for the Middle East unless peace was achieved.

“Utter confusion. More disorders, with all the fanatical groups backed up by the world”, Arafat said, adding as a warning: “And the West will pay the price!” 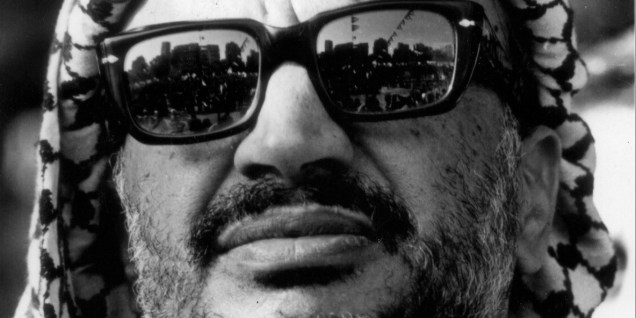 This article was originally published in the Portuguese newspaper PÚBLICO, on November 3, 1991, and in a UN special edition called “Peace in the News”