Casper W. Erichsen, co-author with David Olusoga of the book The Kaiser’s Holocaust. Germany’s Forgotten Genocide and the Colonial Roots of Nazism (Ed. Faber and Faber, 2010) came to Namibia in 1996 to study history. He became chair of the History Society and fell on issue of genocide. He wrote his thesis about the use of concentration camps, has made several documentaries about this, and remain an expert. He shared his personal “narrative” for a long feature posted on the news website REDE ANGOLA. (Read more…) 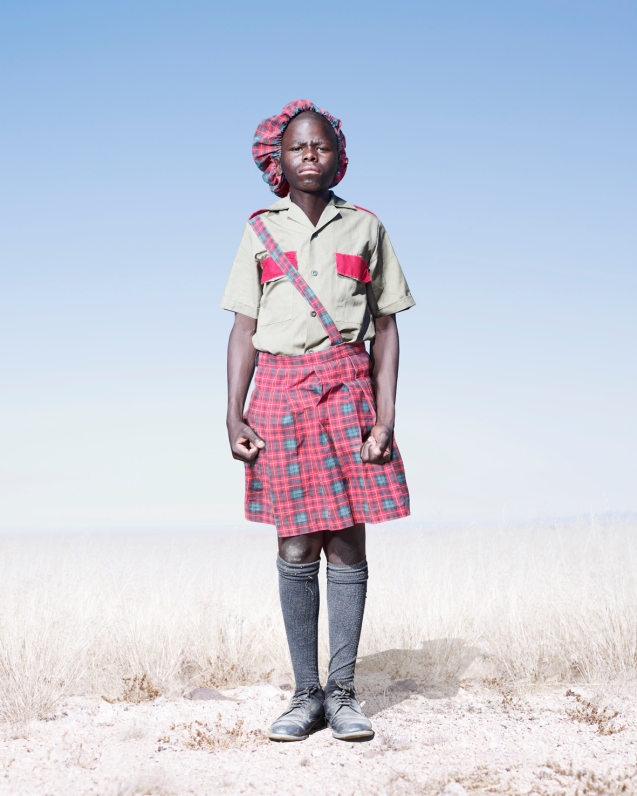 It is a common misconception that Germany’s colony in South West Africa, now Namibia, was created at the Berlin-Africa conference of 1884/85.

Although Germany secured the right among European nations to explore the colonization of this area, without hindrance from other colonial powers, the agreement did not give Germany any legal rights to territory, then occupied by several hundred thousand people.

The project of colonial annexation was begun by Reichskommisar Heinrich Ernst Göring (father of Hermann Göring [1893-1946, leading member of the German Nazi Party] and took more than 20 years to complete.

In the first instance it was exceedingly difficult for the Reich to gain both a political and an economic foothold. The territory was governed by a number of interwoven polities, spread across a landmass much larger than Germany itself.

The economy, which revolved around land and cattle, was firmly in the hands of the indigenous people, who valued and guarded it.

Perhaps the most politically adept German ‘Governor’ was Theodor Leutwein, who made political progress through engaging with rather than seeking confrontation against the local political leadership – the most influential leaders were Maharero Tjamuaha in central and Hendrik Witbooi [king of the Namaqua or Nama people] in South and Central parts of the territory.

During the mid to late 1890s Germany launched its ambitious Weltpolitik vision, designed to make Germany a recognized world power. This meant further investments in imperialism and expansions. Colonies were no longer just a means of procuring cheap raw materials for German industry, but also a matter of prestige.

Importantly, colonies such as South West Africa provided an alternative for the tens of thousands of citizens leaving the fatherland every year looking for greener pastures.

In this period the military-run colonial authority, still only nominally in charge of the territory, expanded its network of district level commissioners.

As these junior officers, often people who had fought in colonial wars elsewhere and who had fixed ideas about race and colonial authority, tried to stamp their authority over town and villages, they came into direct conflict with the traditional authorities, who had until then been in charge.

There were several smaller such skirmishes leading up to the turn of the century, which prompted Governor Leutwein to remind the colonial office that his men were delusional:

-“The majority of the white population of the protectorate had gradually forgotten that we only found ourselves in Hereroland as a result of a negotiated treaty, and instead they carried themselves as conquerors, although we have conquered nothing.”

In October 1903, one such skirmish in the far southern town of Warmbad had dire consequences. It set off a train of events that would eventually uproot communities across Namibia and culminate with the near destruction of several of its peoples.

The attire was at one point forced upon the Herero people, but it has since become a tradition and point of pride
© Jim Naughten

“If a warrior killed a German soldier he would take and wear their uniform as a badge of honour, and to ‘take’ or appropriate their power,” says the photographer. Here, the boy is wearing a cardboard hat
© Jim Naughten

When Lieutenant [Walter] Jobst interfered in a local dispute about a prize goat,a row ensued in which the local leader was killed, and in a few minutes Jobst himself was shot dead. The incident framed the tension between perceived colonial authority and the actual traditional leadership pertaining to the African polities.

In reaction to the killing of Lieutenant Jobst the Kaiser and his general stab marched most of the colonial army some 700 kilometres south to Warmbad to quell what was now termed a rebellion. While in the south, on 12 January 1904, another skirmish broke out in the northern town of Okahandja, home to the Herero polity, under Samuel Maharero.

Another commissioner, Lieutenant , overstepped his boundaries and provoked a local reaction. That evening, the town was filled with gunshots, and soon the fighting spread to German settlements and farms in all of central Namibia.

In reaction to these so-called rebellions, the Kaiser decided to use full military force rather than the negotiated peace suggested by Governor Leutwein. Thousands of reserveist were called in to fight, and a particularly brutal Lieutenant General, Lothar von Trotha, who had previously fought in East Africa, was called in to take over the military command. Trotha’s stance was clear. In correspondence to Leutwein he wrote:

– I know enough tribes in Africa. They all have the same mentality insofar as they yield only to force. It was and remains my policy to apply this force by unmitigated terrorism and even cruelty.

On August 11, 1904 Trotha’s forces launched a vicious attack at the amassment of fleeing Herero populace, who had settled, away from German lines. Continuous shelling by the artillery sent Herero combatants into a desperate offensive, awaited by the colonial troops and their machine guns.

The main part of the battle was fought by the waterholes of Ohamakari, not far from Trotha’s makeshift headquarter from where the general was conducting his troops by aid of mirror signals.

A number of heliographs had been placed strategically to inform the general about troop movements and to better direct the fighting. His expressed intentions with the attack were to destroy the Herero nation as such.

This man is among the photographer’s favorite subjects: “For walking in front of the camera/lighting set up without saying a word, posing so perfectly for one shot, and then walking off smiling”
© Jim Naughten

The battle did not go to plan. The large majority of the Herero nation managed to break through the German lines and escape into the dry Omaheke desert, leaving behind their belongings and their cattle. In this exodus towards British Bechuanaland, now Botswana, many thousand Herero men, women and children eventually died of thirst.

The decree was dubbed the Extermination Order. Trotha’s decree became the official policy in the colony; a policy unequivocally specifying that no distinction were to be made between combatants and non-combatants, as well as indicating that prisoners would no longer be taken.

It is not known how many people were killed in the two months the order stood. Nor is it known how many other African communities in the territory succumbed to the order which, after all, was being implemented by young Germans with little to no knowledge of the political and cultural differences between people of ‘dark skin’.

When the Extermination Order was finally rescinded, it was replaced by a new policy that called for the establishment of concentration camps across the territory. This was reluctantly done, and tens of thousands of people, mostly women and children, were crammed into such camps, were the vast majority succumbed to their circumstances: violence, rape, exhaustion, disease and malnutrition was the order of the day.

The concentration camp policy stood for three years and accounted for tens of thousands of lives. In fact, despite clear evidence about the effects of the camps and the demographics of their occupants, the German authorities escalated their use, and came up with a new innovation, the labor camp, to ensure that the dying souls could be used to build the new German colony rising out of the ashes of the war.

In 1908, the German war was at an end. The result was severe. Eighty percent of the Herero population was killed and also fifty percent of the Nama population. Later campaigns against the San people (Bushmen), using a similar Extermination Order, killed untold numbers as well.

Following what has by many, including myself, been termed ‘the first genocide of the 20th century’, deliberate efforts were made to obscure and erase the bureaucratic and political decisions made that lead to the mass-killings.

When, for example, the German Social Democrats pressed the Kaiser’s government to explain what had taken place, the resulting commissioned report was authored by the very man responsible for making many of the decisions, Oscar Hintrager. His report was since buried and South West Africa continued its trajectory towards German colonial control.

On the very site of the Windhoek concentration camp, a statue was erected, commemorating the Germans soldiers who had died. A new narrative was crated in which Germans had suffered martyrdom for the Africa soil, against a beastly native aggressor. This notion was entrenched in the social discourse, and was echoed in popular fiction, songs and so on.

Those who survived the genocide, had to endure further humiliation and ignominy under English rule and apartheid. Many now live on overgrazed reserves, or communal land areas, seeking out a living under the harshest of circumstance.

In post independent Namibia, opportunities are there for the advancement of new Namibians who receive free education and social services as afforded by a middle income’s country. Theirs is a tale of survival against the odds. They remain largely without political power, which is concentrated in the more populous northern parts of Namibia, where the genocide never reached.