Soha Alqeshawi is a Palestinian from Gaza City. When she left the tiny territory where 1,82 million people live like prisoners in a total area of 365 square km, she entered the University of Houston in Texas. Upon graduation as top of the class with a Bachelor of Science in Computer Systems Engineering NASA offered her a job working on the Shuttle Program. “It was a dream come true”, as she tells me in this interview via email. Arabian Business.com included her in its list of “100 Most Powerful Arabs Under 40“. (Read more…) 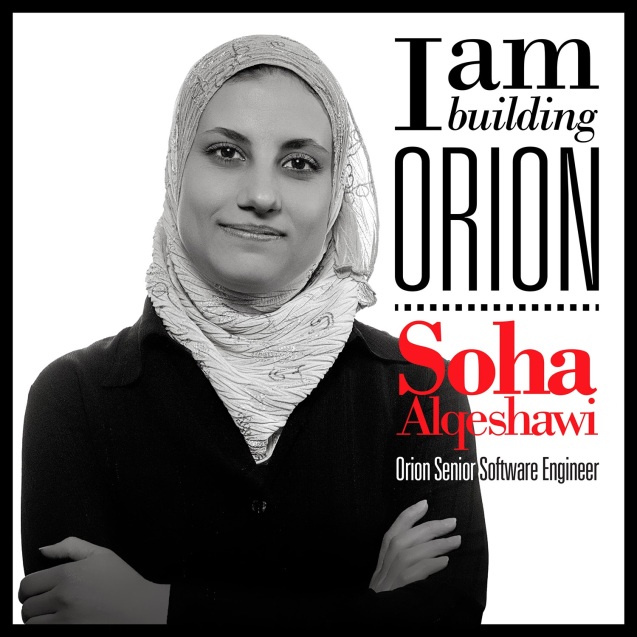 Soha Alqeshawi: My parents did their best to provide me and my siblings with a good education and shield us from the effects of the continuous horrific conflict that Gaza has been living under.
© Friends of NASA’s photos

For Portuguese readers who are not familiar with your personal story, would you please introduce yourself?

My name is Soha Alqeshawi. I work as a senior software engineer on the Orion Project. I was born and raised in Gaza City, Palestine. I grew up in a large family of 10, two parents and 8 children.

My dad was an accountant and my mom was a housewife who dedicated her life to raising and guiding us to become the best we can. My dad who taught me early on in life how important education and hard work are to achieve my dreams passed away when I was in college.

My parents did their best to provide me and my siblings with a good education and shield us from the effects of the continuous horrific conflict that Gaza has been living under.

Living under constant fear and despair where everything is uncertain and basic life necessities such as electricity and sometimes water are unavailable for most of the day. Going to school was sometimes a dangerous journey that could have death waiting at any step of the way.

However, that made us more determined to achieve our dreams in receiving an education. Although I was the only one in my family who had the opportunity to leave Gaza for the US to study and work, all of my brothers and sisters are college educated with degrees in science, engineering, and business.

I am married with 3 children. My husband who is from Gaza too has a Ph.D. in Electrical engineering and works at NASA.

Can you give us  more details about your academic background?

I grew up and spent my early life in Gaza, Palestine. I graduated from Bashir El-Rayes School in Gaza earning General Secondary Education Certificate which is equivalent to high school in the US. After finishing high school, I came to the US to study at the University of Houston, Houston TX [Texas].

Initially, I majored in computer science but later switched to computer engineering because I liked dealing with computer hardware and software integration. I graduated top of my class with a Bachelor of Science in Computer Systems Engineering.

Upon graduation I was offered a job at NASA working on the Shuttle Program which was a dream come true to me. The plan to pursue higher degree was postponed so I could pursue my dream of working on the space program. 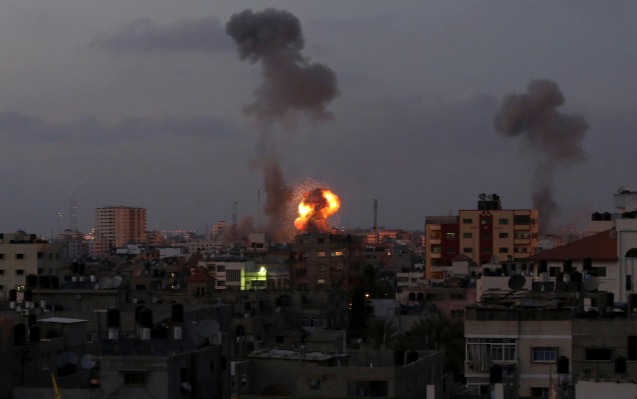 July 8, 2014: Smoke and a ball of fire rise after an Israeli missile strike in  the city of Beit Lahia, northern Gaza Strip, near de 1949 Armistice Line
© AP

Would you specify the process that led you to become a NASA’s engineer? Was it hard to study and work in the US, being a Palestinian from Gaza, a place that many people associate with poverty and violence?

When people think of Gaza they imagine poverty and violence. What many people do not know about Gaza is that our people are subjected to inhumane blockade and embargo by the Israeli occupation.

The poverty and violence are forced on the people of Gaza. Gaza is rich with a people that are educated, hardworking and life loving.

I am just a simple example of what our oppressed yet motivated people can do. My education in the US was a rewarding challenge. But with the support of family and friends, I was able to overcome the barriers of language and culture.

Being a Muslim woman with Islamic headscarf caused me to look different from others but never made me doubt my abilities or the noble religion I belong to.

I always had the encouragement of my family and my husband at home, my professors at school and my managers and coworker at work.

A Middle East Monitor’s article identified you as “leading figure in operating NASA’s Orion Spacecraft, responsible for software/hardware integration and testing to ensure the spacecraft is functioning properly.” For those who are not accustomed to scientific language, would you explain in more simple words what is your job?

As a senior software engineer working on the Orion spacecraft, I am responsible for software/hardware integration and testing to ensure all the spacecraft’s hardware and software perform as expected for America’s next generation spacecraft destined for deep space.

We simulate each planned mission. The software that simulates the mission needs to be developed and integrated with the hardware in modules. After testing each module individually, we get to integrate all modules together.

We perform very extensive testing on flight software and hardware and all interfaces to verify the functional, performance and reliability of requirements. We find all issues, fix them and retest to ensure the safety and the success of the mission. 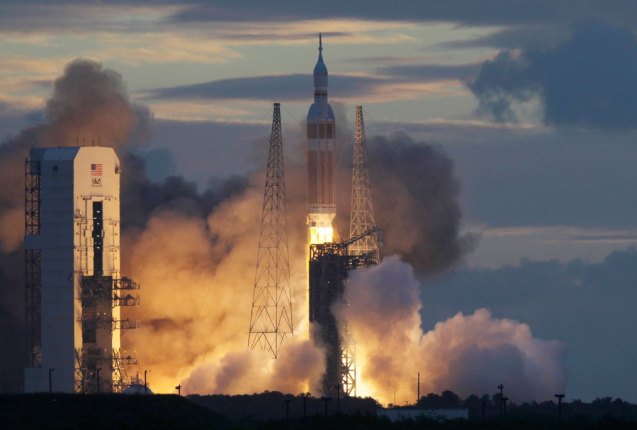 A NASA Orion capsule on top of a Delta IV rocket lifts off on its first unmanned orbital test flight from Complex 37 B at the Cape Canaveral Air Force Station (Florida), Friday, Dec. 5, 2014
© Marta Lavandier | AP

Would you enlighten us on what consists and how important for the world is the Orion’s project?

Orion is the spacecraft NASA needs in order to take humans into deep space, for very long periods of time, and bring them safely home.

On December 5, 2014, we had a successful Exploration Flight Test-1, sending Orion 3,600 miles beyond Earth – 15 times further that the International Space Station. The 4.5 hour mission ended with a splashdown in the Pacific Ocean.

The next step for the Orion program is Exploration Mission-1, an un-crewed mission that will last 22 days and travel a total distance of 275,000 into deep space.

I believe that the space exploration is in a great march to the next era-the era of long missions to Mars and beyond.

How many hours a day do you dedicate to your job? Being married and with children, how do you combine motherhood and profession?

My working hours usually average 10-11 hrs a day. Occasionally during formal testing and mission support testing, it extends even longer.

Being married with 3 children, it becomes a challenge sometimes to meet jobs’ expectations while maintaining a normal family life. It was very difficult at first to balance my life at work and home. However I was very fortunate to have a very supportive husband and family that made it possible.

My husband understands the nature of my job and is willing to support in every way possible. With his support and encouragement, I was able to balance my life commitments, multitask, and have the ability to plan ahead.

Are you coordinating a team as a leader or is it a solitary occupation?

What are the necessary qualities to perform your job?

Some of the necessary qualities that my job requires are leadership, teamwork, hardworking, dedication, alertness, willingness to learn new material frequently, ability to grasp the big picture, ability to solve issues as they arise quickly and with no errors, ability to work in a high stress/pressure and very dynamic environment, good communication and technical skills.

Is NASA fulfilling a childhood dream or did you want to have a different profession when you were a kid?

Since I was a young girl, I was always fascinated with the space shuttle. Watching the shuttle taking off on TV was captivating experience to me. The great amount of fire and smoke it produced in the takeoff was stunning and made me want to be an astronaut one day.

All I wanted is to ride on a powerful space ship and go to outer space. NASA had made my dream come true by working on the Space Shuttle then working on the Orion Spacecraft. I always found encouragement and support from my managers to excel, do my best and follow my dream. 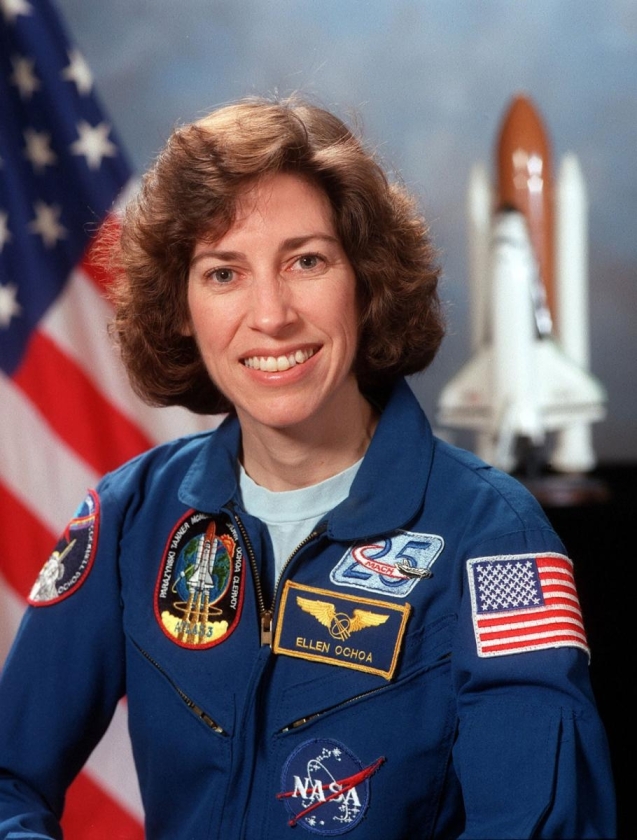 Do you consider yourself a source of inspiration?

I hope my story would be an inspiration for anyone especially women who want to succeed in life. I do not think it is hard for women to make a good career. We have many examples of successful women everywhere around us in NASA and other work fields. Hard work is what it takes.

I believe women involvement in science and technology has increased significantly in the last decades and hence more opportunities have become available to them.

It is up to women to make use of such opportunities and establish themselves in the workplace. They just need to believe in themselves and follow their dreams.

Who are the idols that have been influencing your life?

JSC director Dr. Ellen Ochoa is one of the leaders that I admire. She is role model for a minority female leader who can be at the top of her field in science and engineering as well as in leadership of a large organization such as Johnson Space Center.

In a world still misogynist, where women are still denied equal payment and, above all, basic human rights, do you see yourself as an inspiration? What would be your advice to little and adult girls who would like to follow their dreams but face so many obstacles hindering their plans?

There are always a way for girls to find success. I would advise every little and adult girl to believe in herself, to have a big dream, work hard to achieve it, and never give up or let anyone tell her what she can or can’t do.

Life is never easy, but with determination and working hard you can make your dream come true, become successful in life and reach the highest places that your heart desires. 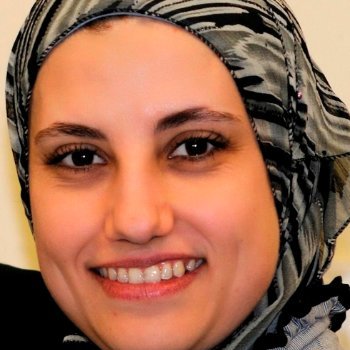 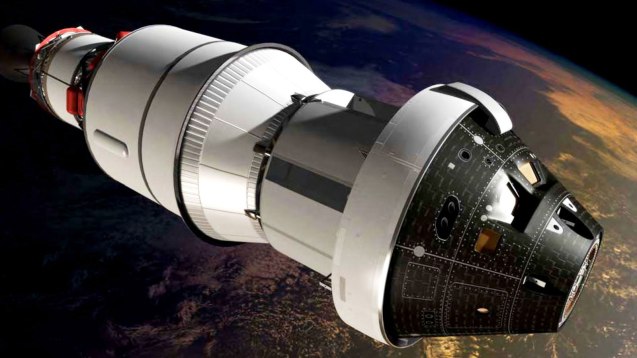 This interview, now updated, was included in an article originally published in the Portuguese news magazine VISÃO, on March 26, 2015

7 thoughts on “From Gaza to NASA: The odyssey of a Palestinian engineer”