A “Belgian-Egyptian journalist and writer who has been based in Cairo, Brussels, Jerusalem and Geneva”, Khaled Diab “has spent half his life in the Middle East and the other half in Europe. His blog is www.chronikler.com. Follow him on Twitter @DiabolicalIdea“. This is an interview (for a an article published in Portuguese) on the growing Arab atheist movement. (Read more..)

Will you please detail your “conversion process” to be an atheist/agnostic?

It was not exactly a “conversion” since that tends to imply that someone won me over. It was more of a gradual evolution. Ever since I was very young, I’ve had doubts about religion. Rather than subsiding with time, as some predicted they would, they only multiplied.

I was never much of a practising Muslim and for years I deferred my doubts and escaped some of the dilemmas by describing myself in vague terms, like “secular Muslim” or “non-practising” or “progressive” or even “lapsed”.

But there came a time when these delaying tactics proved untenable and I decided to face up to the truth that I no longer believed in Islam or any other religion.

Have you ever been afraid of “coming out”? And when you did, what was the reaction in the Arab states?

No, I was never really afraid, but I was anxious and apprehensive about the reactions I would get, especially from family and friends. I first came out to friends, and they were generally understanding and supportive even if they didn’t share my convictions.

It took me longer to come out to family and I was sometimes nervous about how they’d react to my sceptical writings. Like with closeted gays, I think some in my family were conscious of my beliefs, especially my mother.

Even though some relatives have tried to guide me towards religion, my family has been sympathetic. Though it pains them that I don’t believe, they are enlightened enough to realise that my convictions don’t make me a bad person. And I’m very pleased that I remain on good terms with my family, despite my beliefs.

The public domain is where I feel the closest to being afraid. When I first started writing publicly about my atheism/agnosticism, I wondered wether any zealots would take me up as their cause. The first article I published on the subject, in The Guardian some years ago, received a surprisingly positive reaction.

A couple of years ago, I took the psychologically significant leap of writing about my convictions for an Egyptian newspaper. Despite the provocative title (Confessions of an Egyptian infidel), the reaction was again overwhelmingly positive, and the article was one of the most-read that year.

A long essay I wrote about Arab atheists for a Lebanese magazine won a major award. It probably helps that I write in English, as English-speaking Arabs tend to be less conservative and regimes care less about material written in English, but there is a definite shift in attitudes.

Atheists (freethinkers or “heretics”) have been present throughout Islamic history but, nowadays, this “phenomenon” is being described as something completely unprecedented. Can you explain since when Arab atheists are becoming more visible and why?

In recent decades, the conservative current in the Arab world and Islamophobia in the West enabled the emergence of a narrative in which conservatives on both side promoted the idea that “they” are completely different to “us”.

Such simplistic and reductionist ideas led to a burying of complexity. In addition, the increasing vocalness of Islamists intimidated many atheists and sceptics, forcing the underground.

Even secular regimes, keen to boost their pious credentials and afraid of the subversiveness of free thought, crushed communists and other secular sceptics. In the years leading up to and since the Arab spring, atheists and secularists in general have been working in a number of Arab countries to reassert their presence.

What evidence do you have that Arab atheism is growing, mainly in Egypt, your home country? Are their numbers really increasing (any precise data?) or are they only more visible than in the past?

It is very difficult to answer this question, since no reliable statistics are gathered on the matter and Arab states demand that citizens be registered as members of a faith community, usually one of the Abrahamic traditions.

For Egypt, estimates have ranged from the ridiculous estimate of exactly 866 atheists to as high as 10-15% of the population, which would mean there are as many atheists as Christians [around 10%] in Egypt.

One surprising reality is the apparently large minority of atheists in the cradle of Islam, Saudi Arabia, which has prompted the fundamentalist government there to classify atheists as “terrorists” which is just totally surreal.

[Up to three million Egyptians are atheists, claim the Cairo-based newspaper al-Sabah newspaper. This implies that a significant proportion of Egypt’s 84 million population have no religion.] 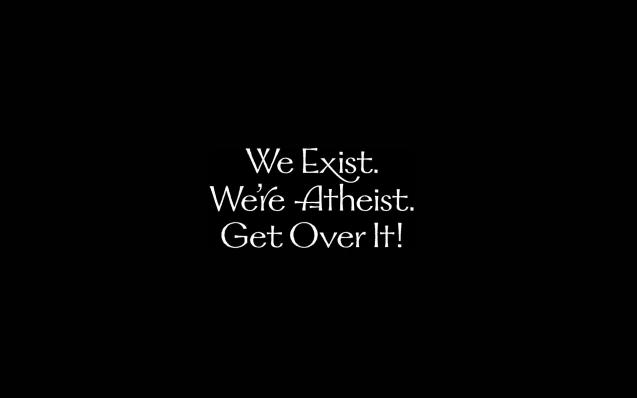 What does motivate the abandonment of one’s faith in societies that we tend to characterise as deeply religious? Why some atheists openly admit that they are “un-believers” and others hide for years their convictions?

Arab societies are deeply religious only in the sense that religion is very public. However, whether this reflects the entire population’s actual convictions is open to question. In such a context, openly admitting your scepticism or unbelief carries risks.

Even in the most secular Arab societies, atheists there run the risk of being ostracised or disowned by their families if they come out, so some keep quiet rather than face the prospect of being shunned or alienated from their families or communities.

There is also the risk of prosecution or persecution. [The most recent case was the one of an Egyptian university student, Sherif Gaber, 22. He had been originally arrested during a raid to his house in 2003 but later released on bail. On February 16, 2015, he was sentenced by a court on charges of “contempt of religion relating to activities on campus and atheists statements online”.]

In Egypt, though there is no law outlawing atheism and the constitution ostensibly guarantees freedom of belief, there are laws against “insulting” religion, which have been used to jail some atheists or to harass them. Then there’s the fear of upsetting violent zealots. In religiously conservative countries, there’s the fear of being tried for apostasy.

Is atheism exclusive of a disillusioned young generation and of the middle class? What are the main reasons – amongst Muslim and Christians alike – of the apparent disenchantment with religion?

There is  a myth that atheism is a middle- and upper-class phenomenon and mostly affects youth. But my research has shown these assumptions to be a fallacy. There are atheists of every social background, class, age and gender. The differences relate to the barriers against coming out and the varying social stigma attached to it.

In Brian Whitaker’ book Arabs without God, there is a very interesting argument: that while Western atheists are more engaged in a “science-vs-religion debate”, the Arab atheists tend to focus more on the “apparent unfairness of divine justice”. Do you agree, and can you elaborate?

Somewhat. There are huge variations in the West too. Northern and Western Europe are a lot less religious than the Americas and southern Europe.

I think the most important difference between the West and Arab countries is not in the nature of the debate but in the fact that Arab atheists must make a conscious decision to abandon their faith and yo s im against the current of society.

In the West, you have quite a number of people who are raised in atheist households. In addition, because religion has become private and often irrelevant many Westerners don’t give it much thought and can live their lives as vague believers or vague unbelievers.

The decline of public religion has enabled those atheists who actually think about such matters to engage in abstract intellectual debates. In addition, science is generally more important in the West.

That said, I know Arab atheists who abandoned religion due to its scientific and rational inconsistencies, rather than due to the unfairness of religion. It’s a complex picture.

Also, Arabs tend to be better versed in religion, so they have an better awareness of the internal inconsistencies of religion, whereas westerners often don’t get a religious education, so are more likely to focus more on scientific issues.

How do you explain what looks like a trend and an apparent contradiction that, while Westerners (Europeans and Americans) of Muslim origin or new converts to Islam are increasingly attracted to groups like ISIS/Daesh and Al-Qaeda, the number of atheists in Arab States is allegedly rising?

I’m not sure this is true. It is in some instances but not all. For example, France probably has the most secular Muslim population in the world, but anti-immigrant sentiment and the sensationalist media divert attention from this reality.

That said, there are conservative tendencies among western Muslims which relate to their marginalisation, a need to preserve their identity and traditions, which empowers conservatives, and a quest for “authenticity”, and a rejection of rejection.

In the Arab world, this search for authenticity is less pressing and many Arabs have been alienated by the stifling Islamism seeking to control their lives. 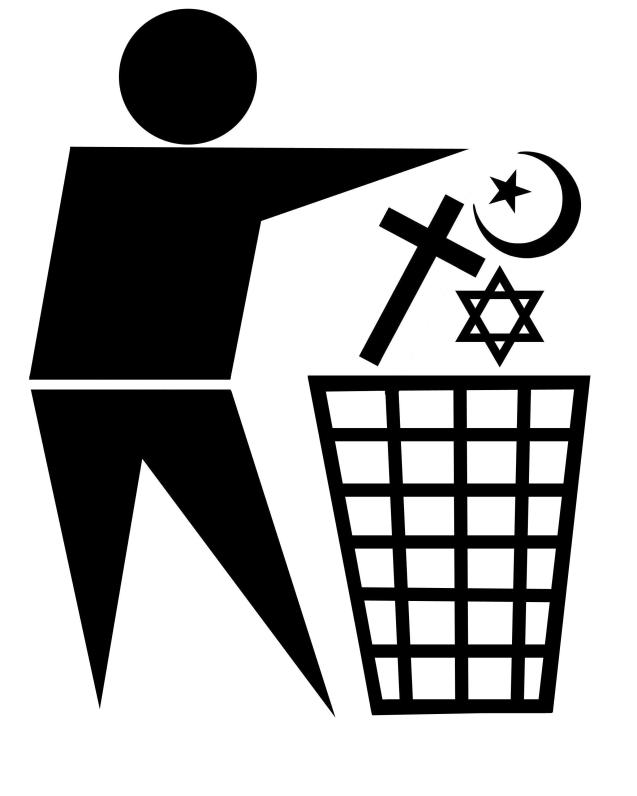 Do you make any distinction between Arab atheists and the “new atheists” such as Sam Harris and Richard Dawkins who have been accused of Islamophobia?

Arab atheists tend to look at the Abrahamic religion as belonging to the same rotten apple cart, or have a soft spot for their Islamic heritage.

Many of the new atheists, especially Sam Harris, see Islam as being especially evil and Christianity as the lesser of all religious evils.

At what extent events like the recent attack against the French satirical magazine Charlie Hebdo will compel Arab atheist to be more reclusive, in order to better protect themselves?

In a region, where religion, mainly Islam, permeates every aspect of human life, how do you compare the treatment reserved by society and the state to atheists compared with the one towards religious minorities or sects, like de Bahá’ís, for instance?

In general, Arab societies have an easier time handling people with a religion than those without.

Parts of this interview, now updated, were included in an article published in the Portuguese news magazine VISÃO, on February 5, 2015