Richard Giragosian is director of the Regional Studies Center (RSC), an independent think tank in Yerevan, Armenia. The RSC is a member of a consortium of eight civil society organizations from Armenia and Turkey that comprises the Support to the Armenia-Turkey Normalisation Process (ATNP) programme funded by the European Union under the Instrument for Stability. This interview, now updated, was included in a longer feature posted on the news website REDE ANGOLA. (Read more…)

A survivor of the Armenian genocide
© Diana Markosian | huckmag.com

Armenians claim that they were the victims of “the first XX century’s genocide”, but thirty years ago, in 1985, the United Nations’ Whitaker Report recognised that the first attempt to exterminate a people (in this case, the Herero and the Nama in today’s Namibia) was undertaken by Germany between 1904 and 1907, and it much influenced the future racial policies of the Nazi regime. Taking this in consideration, I would like to understand what is the most accepted definition of “genocide”, why is the Armenian genocide still a taboo ,mainly in Turkey, and why is the Namibian genocide forgotten?

Sadly, the tragedy of the Herero and Nama stands as one of the more neglected examples in the broader field of genocide studies. In fact, given the long record of imperial abuse throughout the African continent, the early 20th century was a period of inexcusable crimes against humanity, far deeper and much broader than the case of the Armenian Genocide of 1915.

For the Armenians, however, it is the combination of the same sense of neglect and a concerted campaign of denial by the Turkish government that tends to elevate the Armenian genocide to a position of personal and popular priority.

Nevertheless, the broader significance of the need for recognition of the Armenian genocide is also rooted in the imperative to recognise the tragedies of all other cases of genocide, including that of the racial extermination of the Herero and Nama people.

Moreover, for the African case, the genocide in Rwanda marked a low point in the modern prevention of crimes against humanity. With a distressing record of inaction and inattention, the United States emerged as a prime example of the problem of timidity of states in the face of atrocity and genocide.

Although the U.S. was not alone in its failure to respond to what was clearly genocide, it was notably absent from its role as a leader of the international community.

The specifics of the Rwanda genocide are particularly damning. From April to July 1994, a government led by extremist elements of the Hutu ethnic tribe carried out a campaign of genocide targeting ethnic Tutsis in which 800,000 of their fellow Rwandans, or roughly ten percent of the total population, were killed.

The sheer scope and scale of the 100-day Rwandan genocide was astounding, with a rate of killing triple that of the Nazi holocaust and involving up to a million perpetrators, accomplices and facilitators. 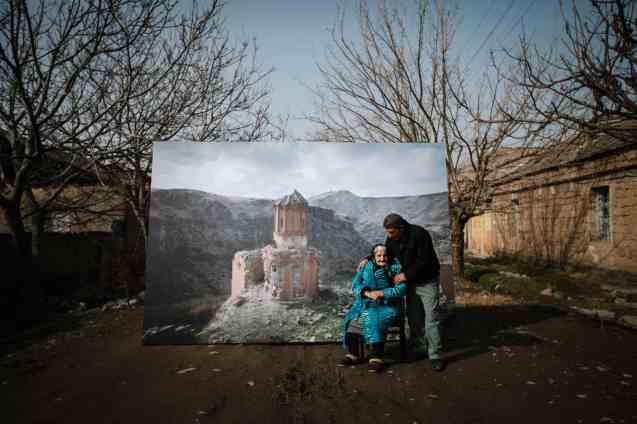 “Genocide” and “Holocaust” are words that have been used to the point of trivialisation: for instance, Palestinians describe the 2014 war in Gaza as a “genocide”; on the other hand, Israel’s authorities are often invoking Holocaust to foment fear but they are still refusing to call “genocide” to the mass murder of Armenians. What is your assessment?

Clearly, the danger for such over-use or misapplication of the term genocide has tended to dilute the moral authority and the significance of each case of genocide.

For the Armenian genocide, as one example, scholarly research has produced a broad body of work on a wide array of diverse aspects of the events of 1915, with each serving to forge a richer historical narrative of increasing depth and detail.

This is particularly important given the passage of ninety years, and its resulting transition from personal memory to collective history.

There is another factor that enhances both the significance and relevance of the Armenian genocide, however. Despite the broadening distance of time, 1915 retains its linkage to 2015. Ironically, it is the Turkish state that helps to contribute to the continued vitality and significance of the Armenian genocide and, by both default and by design, serves to raise the issue to a strategic concern.

This is accomplished through Turkey’s state-sponsored policy to confront and refute the historical record. Although this effort is impeded by a reliance on a selective misinterpretation of history, it succeeds in reaffirming, and even magnifying, the relevance of the Armenian genocide. It also elevates the genocide from an unrecognised, to an unresolved, burden for modern Turkey.

You have been one of the Armenian researchers involved in discussions with your Turkish peers on how to accommodate both versions in your respective History books. Would you, please, elaborate on the work that has been done, the progress, and the setbacks?

Clearly, the momentum of international genocide recognition is now accelerating. First, the statement of the Pope, which represented true “Papal courage” in defending morality and truth over politics and diplomacy, added a new sense of momentum and moral authority. This was then followed by a politically strong message of reaffirmation of the Armenian genocide by the European Parliament. This then sparked even further policy statements, in Germany most notably.

[In June 2016, German MPs approved a motion describing the massacre of Armenians as genocide. A five-page paper, co-written by parliamentarians from the Christian Democrats, Social Democrats and Green party, called for a “commemoration of the genocide of Armenian and other Christian minorities in the years 1915 and 1916”. It passed with support from all the parties in parliament. In a show of hands, there was one abstention and one vote against.]

When the AKP went to power in Ankara, there was hope something would change for the better in relation with the so-called “Armenian file”. Now, President Recep Tayyip Erdoğan is apparently adopting a tougher position, even if there are signs of a better understanding expressed by the overall population. What is your perception?

Moreover, although Turkey is widely expected to issue yet another official statement of ”apology” or attrition, in line with the April 2014 statement by then-Prime Minister Erdoğan, it seems more realistic to maintain rather low expectations for any statements from Ankara or Washington.

And overall, there are concerns or worries over recent developments in Turkish politics. For one, the rapid rise of President Erdoğan as the most powerful, but most polarizing politician is a cause for worry.

And given his rather unpredictable and inflexible personal posture on many issues, there is concern that he will have and hold too much personal and political power, without due deference to the rule of law or democratic institutions within Turkey.

And overall, there are concerns or worries over recent developments in Turkish politics. For one, the rapid rise of President Erdoğan as the most powerful, but most polarising politician is a cause for worry.

And given his rather unpredictable and inflexible personal posture on many issues, there is concern that he will have and hold too much personal and political power, without due deference to the rule of law or democratic institutions within Turkey.

One of the most widespread ideas is that it is much more difficult to find a common ground with the Armenian diaspora than between the Turkish and the Armenian states. (According to the British newspaper The Guardian, former President Levon Ter-Petrosian “criticised a recent declaration focusing in genocide, reflecting the idea that Armenian needs to focus on its current problems and not be obsessed by a painful past”). How do you explain these apparently different attitudes and what kind of “solution” do you consider feasible for the near future?

In the broader context, the centennial commemoration of the Armenian genocide marks an important opportunity for the global Armenian diaspora to embrace the modern Armenian state.

This is especially important, given three specific factors. First, for the overwhelming majority of Armenians in the diaspora, their identity is inherent limited to the sole, defining issue of the genocide.

This has prevented an evolution of identity and concern for other issues, such as democracy and the economic development of Armenia.

Second, the long-standing focus on the genocide has tended to solidify a negative and narrow obsession with victimization. Rather, the centennial needs to stress the victory of survival as much, if not more, than collective victimisation.

And third, the larger challenge is the day after the April 24th anniversary, in terms of an imperative to transform commemoration into communication, going beyond the role of suffering and victimhood, in order to build a future beyond a prison of the past.

Yet this is a daunting challenge for the diaspora, most notably defined by the need to redefine its identity once Turkey does recognize the Armenian genocide.

After the recent decision of the Armenian president to “withdraw” the Armenia-Turkey protocols from the Armenian parliament, the outlook for the “normalization” process between Armenia and Turkey seems to have reached its lowest point.

Moreover, the past several months have been marked by a heated debate between the Turkish and Armenian leaders, with rival presidential invitations, strong statements, political posturing and harsh rhetoric.

Yet, for two main reasons, it is important to note that this is a rather temporary situation, which although seems to poison the political atmosphere, does not necessarily signal the death of the normalization process. First, the question of timing is important, for both sides.

Turkey’s president faces a very significant election in June 7, which only makes such harsh rhetoric by the Turkish side more attractive to deliver votes. And for the Armenian side, the fact that this year is the 100th anniversary of the Armenian genocide only encourages a stronger stance by the Armenian president.

There is also a second factor, related to the broader political context, as the Armenian president has only just weathered a serious internal political crisis, and used the issue of the protocols to strengthen his position against a fresh threat from the country’s second-largest political party.

Thus, although efforts to re-start the “normalisation” process between Turkey and Armenia have remained suspended, there were serious efforts undertaken designed to at least “sustain the momentum” and to foster a new environment more conductive for both sides to re-engage.

Yet there is a new opportunity to expand the space for dialogue and engagement, to “sustain the momentum” and to foster a new environment more conductive for both sides to re-engage in “normalising the abnormal” lack of relations between Turkey and Armenia.

Map of the Armenian genocide
© vox.com